Working on Shows for the past year has been an exciting journey, and it definitely made me a better developer and designer. Throughout my way, a few key principles kept hitting me back, so much that they have become my personal ground rules when it comes to designing app UIs. Hopefully they can serve you as well.

Keeping all these things in mind, it takes months to come up with a good UI. You will design ridiculously ugly mockups, but that’s part of the process. You’ll get depressed and mad, but in the end, you’ll be looking back at early mockups and you’ll think to yourself “thank God I didn’t settle on that crap”. Proof to the point, here’s the evolution of Shows’ UI: 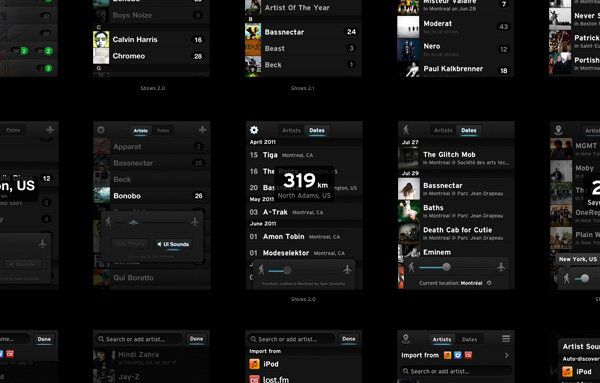